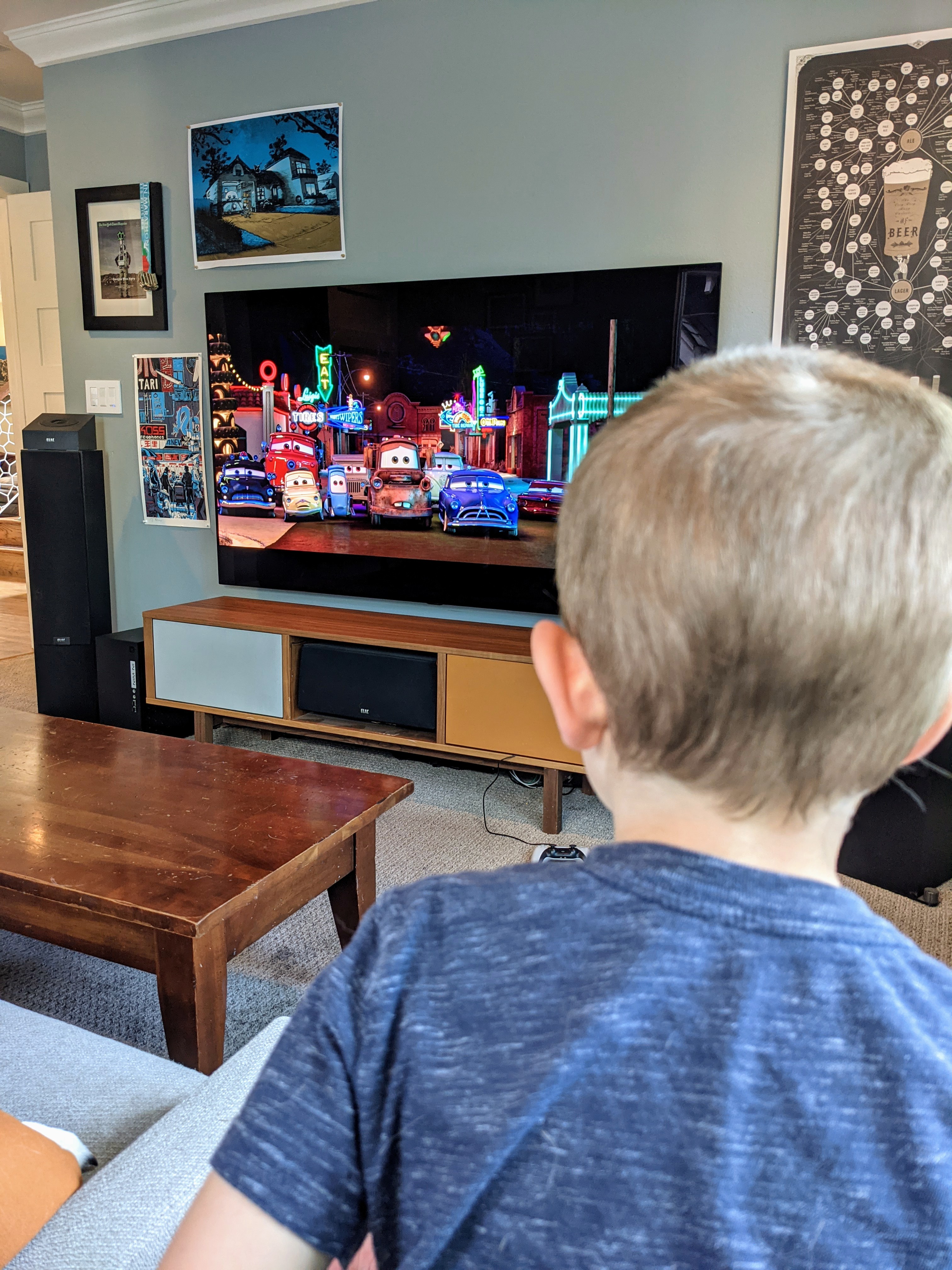 With his heart in his throat: “When there are sad parts in movies, it makes me sad, too.” 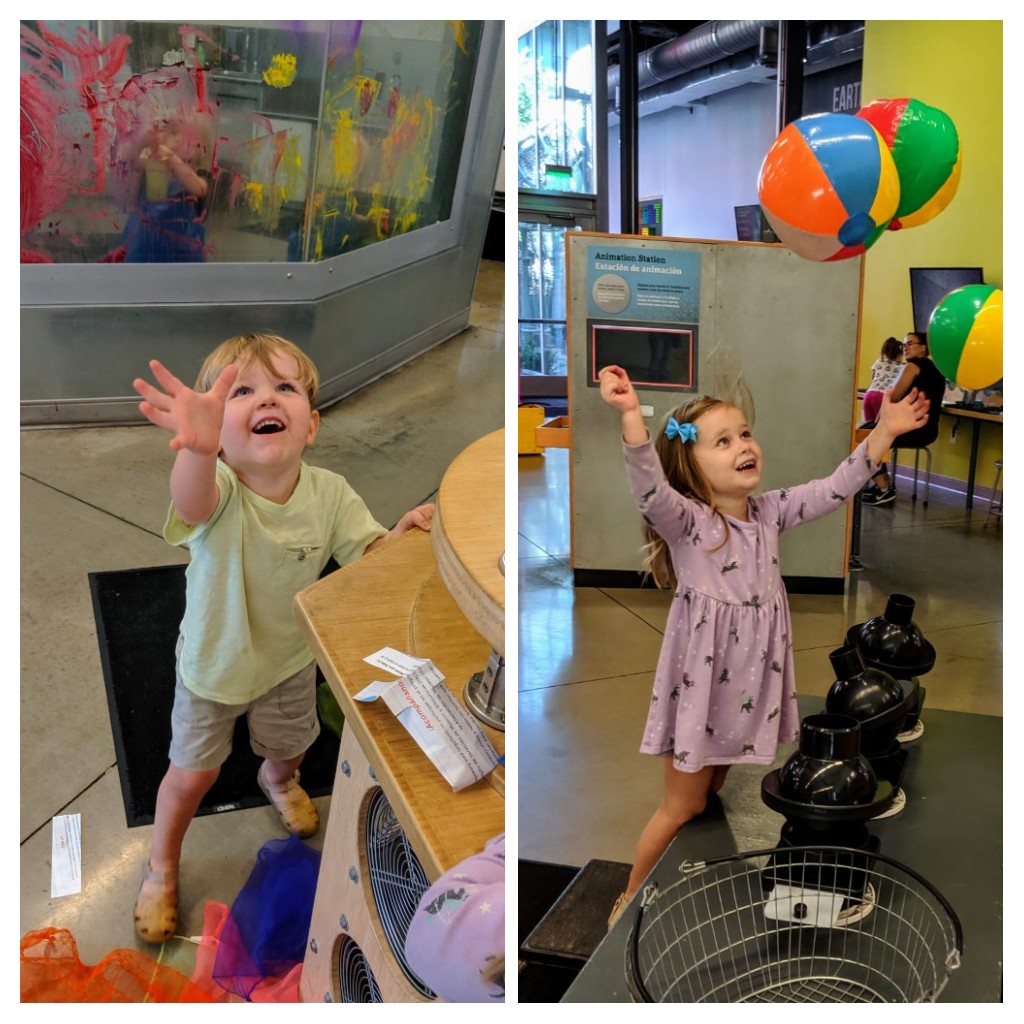 Oh yeah, we are now in THE ZONE for the Thinkery.

I think I’ve said this before, but: you know you’re getting old when you agree with David Brooks.

I don’t write about it much—well, I don’t write about anything much other than wee Annie—but it’s actually rather significant life news for me that a reuse center I’ve been hammering away at since we moved to Austin three years ago opened its doors today. After half a year of go-it-alone effort to start a branch of California’s Resource Area For Teachers (RAFT), I hooked up with a local crew I typically describe as “a very diverse group of…white…women…” And now, after another stretch of kind of insanely lengthy board meetings and planning and events and crafts and, blerg, fundraising, we signed a lease this summer and today(!) opened to the public.

So, hey! That happened. Who knows if we’ll be able to pay rent in 6 months, but we made it to opening day.

One of the things I love about my job is the opportunity it affords to dabble in a lotta things I like doing. I’m no graphic designer nor statistical wizard, but I do love some good data visualization. So when we wrapped up our fabulous jazz MOOC this spring and no one asked me for any sort of outcomes or overview, I made up my own.*

Conventional in-the-media wisdom pegs MOOC completion rates at 5% and calls the enterprise frivolous. Of course the story is more complicated and interesting. This graphic was my attempt to answer the “what was your completion rate?” question in a way that was still clear but more nuanced. As so many of my plans do, it began with markers. *Using a highly sophisticated graphic design program called “PowerPoint.” And then spamming it out to every one of my current colleagues.

Not that California’s education system is anything to write home about, but this sort of thing does make me a LITTLE nervous about wading back into Texas politics:

The 2012 Texas Republican Party Platform, adopted June 9 at the state convention in Forth Worth, seems to take a stand against, well, the teaching of critical thinking skills. Read it for yourself:

“We oppose the teaching of Higher Order Thinking Skills (HOTS) (values clarification), critical thinking skills and similar programs that are simply a relabeling of Outcome-Based Education (OBE) (mastery learning) which focus on behavior modification and have the purpose of challenging the student’s fixed beliefs and undermining parental authority.”

Read the rest at this edweek blog.

After realizing last fall that my Spanish has atrophied completely—I have removed “Spanish minor” from my resumé, no matter how technically accurate it may be—I’m listening to Pimsleur’s first three Spanish courses on iTunes to refresh my memory. Bryan and I had good luck learning basic German from them and like their approach to language teaching: few explicit rules, lots of repetitive but realistic conversation.

Maybe a little too realistic. In the first ten lessons I have been reminded how to order beer and insist that the other person pay. A favorite exchange:

I may have participated in this precise conversation in real life.

I’ve never been able to make a solid call on whether the school system in California or Texas was the bigger mess, but the latest cuts in Texas may give it the edge. Think anyone will be able to afford to employ me come August?

Since I’ve been paying attention, education reform has seemed to defy easy political categorization. I found this article a nice explanation of how that happened, from a missed-Democratic-opportunity perspective. And you can tell it’s a serious article about education because it includes the mandatory “Nation at Risk” citation.

Every few days something crosses my mind to post here, but the fact of not updating in a month makes me feel like I need to squeeze out an epic narrative about what we’ve been up to. Rather than wait for that, I thought I’d just start posting those little things. Like this commentary from an education-related blog. It’s mostly about the recent New York Times Magazine piece about New Orleans (a much-covered topic in education journalism and TFA alumni newsletters). There’s a quote at the end that articulates well what frustrates me about 90% of the education reform commentary I read on my beloved liberal political blogs. Okay, here, I won’t make you read the whole post to get to it; here’s the Louisiana state superintendent on whether schools should be expected to successfully educate kids in the face of all the other social ills (from the magazine):

“It would be convenient to say that it’s a whole lot of other people who need to be part of the equation,” he replied. “But we have the job. And we have to do something.” Pastorek said he didn’t want to fall back on the excuse that he had heard from many other school officials, in Louisiana and elsewhere — that it was impossible to fix their schools until other social problems had first been corrected.

But then he switched direction somewhat. In many ways, he said, he was sympathetic to the Ravitch position. “If we want to really get kids to the level that we want to get them,” he said, “and we want to do it in a more efficient and effective way, then we would be well served if we took care of those kinds of problems — if we provided more resources to kids from conception to early childhood, if we took care of mental-health issues and physical ailments and teeth and eye examinations. Including, you know, where these kids go home to sleep at night. I’ve lived in this community a long time, and I can’t imagine how I could ever feel comfortable in neighborhoods that these kids live in at night. And yet they do, and we still expect them to do well.”

Pastorek paused for a moment. “So, now, can I solve all those problems tomorrow afternoon? Can I even get the attention of the people who have control over those things? Right now, in New Orleans, after Katrina, the answer is no, I can’t. But I can’t take the position that I can’t succeed unless I have those things. I have to take the position that we’re going to do it in spite of that. Now, will it be hard? Will I be less successful? Probably yes. But I have to take that approach, because I don’t have really any other cards to play.”

Me again: So yes, I think we ask too much of our schools, but throwing up our hands until we’ve ended poverty is not an acceptable response. And that’s why *I*…conduct research that is vaguely related to the field…